In 1998, Bishop Gabriel (now Archbishop of Canada) gave us a blessing to start an English language mission. Bishop Gabriel had said that he would prefer that we name the parish after a recently glorified saint, and so we selected three names, and asked Fr. Anthony Nelson to place them under the Antimins before a liturgy. After the Liturgy, the name that he pulled out was that of St. Jonah of Manchuria – who had been glorified in 1996. Initially, the mission was served by visiting priests on approximately a quarterly basis, and held regular weekly reader services, which were held in a house chapel. At that point the mission consisted of about 15 people.

On January 14th, 2001, Bishop Gabriel ordained Fr. John Whiteford as a priest for the mission. The parish began to grow slowly. In July of 2002, we moved into a store front located on 9811 North Freeway, Houston Texas. We remained at this location for 2 years. During that time we experienced further growth, and a significant increase in income. This storefront was a definite improvement, and provided much more worship space, but it was only about 600 square feet, and had the problem of highway noise, as well as noise from another church in the suite next door. In July of 2004 we moved to a much larger store front facility at 2530 Old Louetta Loop, Spring, Texas. When we signed the lease on this property, it was with some concern about the parish’s ability to meet all our expenses, because the rent at the new location was more than triple that of the previous location. However, as soon as we moved to this location (which was about 2,500 square feet), our income increased as well as our membership and attendance.

In January of 2005 we began holding an annual icon exhibit, which helped to grow the parish a great deal. As our parish grew, we began to set our sights on acquiring a permanent location. We had several generous parishioners that donated $20,000.00 each, which put us in a position to hunt for property. We found several potential locations, but always there were a number of families that did not like the location because it was too far for them. We didn’t think that there was anything affordable close to where we were, but finally we engaged a local real estate agent, and ask him to try to find something as close to our current location as possible, and preferably with a building already on it that would be suitable for services, at least initially. In a short period of time, he found what turned out to be far better than any of the other properties we had looked at. It was walking distance from our current facility, it had a large house and a barn on it, and it was big enough to allow for further expansion. 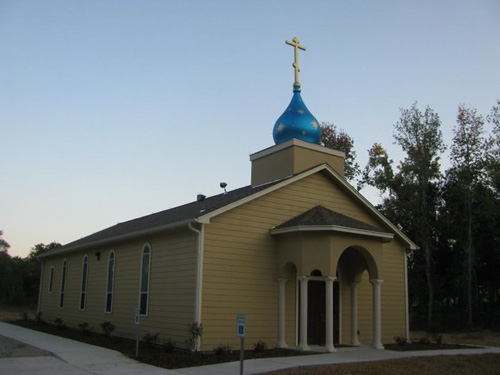 So we closed the deal in March of 2008, and moved onto the property in May, after knocking out walls, and remodeling the home to make it suitable for services. This was just a little bit shy of our tenth anniversary of the founding of our parish.In 2009 we received a very sizable donation from a generous parishioner that put us in the position of being able to begin plans for our “Phase II” Church. As the project developed, more donations from outside and inside the parish came in, and when we finished the construction of the new Church, it had cost about a quarter of a million dollars, but we were able to pay for it all in cash. 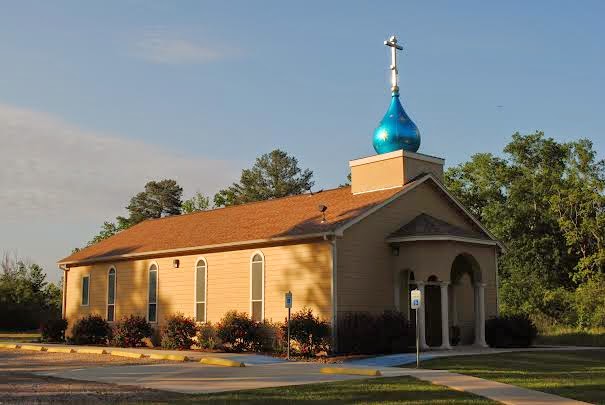 We hope to have a larger “Phase III” Church constructed in time for 100th anniversary of the repose of St. Jonah, which will be October 20th, 2025.