Our parish hosted an Icon Exhibit, consisting of more than 60 Russian icons, mostly from the 17th through the 19th Century. 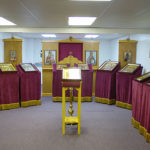 There was a lot of preparation necessary to bring it all together. 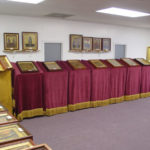 For example, we had to borrow most of the analogions we used from a local Museum. 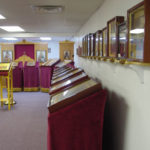 We had to build shelves strong enough to hold the Icons. 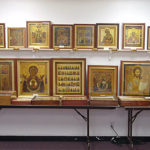 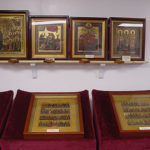 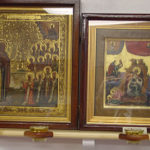 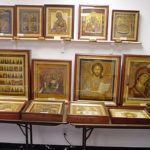 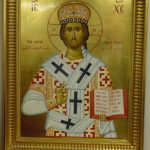 This Icon of Christ the High Priest was one of a few recently painted icons, but it is a high quality example of traditional Orthodox Iconography. 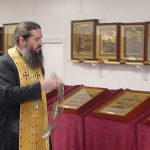 Before we opened the doors to visitors, we first censed all the icons. 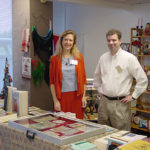 As Visitors entered the Church, they first entered the Narthex area, where we had a collection of Orthodox Books, Russian gifts, and Icons for sale. 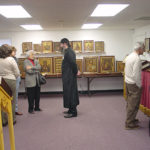 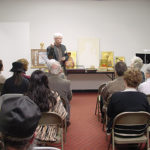 We had two lectures, both of which were repeated twice. The first was given by John Lickwar, who is an Iconographer. 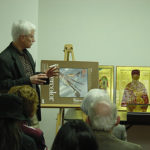 He spoke about the technical aspects of Iconography. 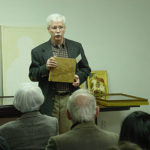 Starting with how they are prepared, and going step by step until they are completed. He also spoke about some of the symbolism, as well as the theology behind the images. 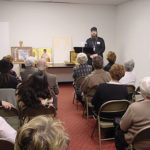 Fr. John Whiteford spoke about icons from an apologetic perspective.

As people viewed the icons, Fr. John and other parishioners were available to answer questions.

After the Icon exhibit, Vespers was served while the icons remained in the Church.  The Shelves had oil lamps built into them to illuminate the icons.   The service was particularly beautiful, both because of the icons, and also because of the work  the choir put into practicing to make this service as beautiful as possible for those who were attending an Orthodox service for the first time.  Unfortunately, due to the lighting, the pictures taken of the Church during the service did not turn out.

The exhibit was such a success that our plan is to do it again next year, and possibly make it an annual event.